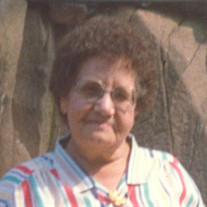 Theresa Dansereau 1920 � 2009 Chicopee � Theresa G. (Pelletier) Dansereau, 88, beloved wife, mother, grandmother, and friend to many, died on Friday, July 24, 2009 at Mercy Medical Center. She was a lifelong Chicopee resident, born on December 23, 1920, a daughter of the late Pierre and Marie Anne (Rioux) Pelletier. She will be remembered as a hard worker and loved knitting and crocheting in her free time. She enjoyed going out to dinner, shopping, and volunteering to cook at the Bingo games at Nativity of the Blessed Virgin Mary Church, where she was a lifelong communicant, and devoted her time as a member of the Ladies Sodality, cooked and cleaned at the rectory, and read French at Masses. She was previously employed at Spalding, Parsons Paper, and National Blank Book (Avery Dennison). She was the wife of the late Hermile Dansereau who died on July 31, 1988. She is survived by her son, Ronald Dansereau and his wife Irene, and her daughter, Annette Patry, both of Chicopee. She also leaves her sister, Evangeline Pelletier of North Carolina, and will be sadly missed by three grandchildren, Denise O�Brien, Donald Patry, and Benjamin Dansereau, six great grandchildren, many nieces, nephews, and close friends. She was predeceased by seven brothers and four sisters. Funeral services are Thursday, July 30 at 9am from the Brunelle Funeral Home, 811 Chicopee St. followed by a Liturgy of Christian Burial at 10am at Nativity of the Blessed Virgin Mary Church. Burial will be in St. Stanislaus Cemetery. Calling hours at the funeral home are on Wednesday, July 29 from 4-8pm.

The family of Theresa G. Dansereau created this Life Tributes page to make it easy to share your memories.

Send flowers to the Dansereau family.