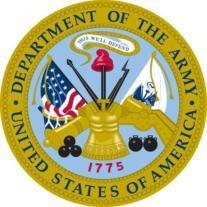 Roger M. Cote 1926 � 2008 HOLYOKE � Roger M. Cote, 81, died Wednesday, June 25, 2008 at the Willimansett Nursing Home in Chicopee. He was born in Holyoke on September 7, 1926, to the late Joseph and Alice (Daviau) Cote.�He served our country during World War II in the United States Army. While in the military he attained the rank of Sergeant and earned the Asiatic-Pacific Campaign Medal, the Good Conduct Medal and the World War II Victory Medal. Roger worked for W.T. Grants Department Store in Chicopee and�he retired in 1 988. Mr. Cote served as chairperson of both the Springfield Council for the Handicapped and the Massachusetts White House Conference for Handicapped Persons. At one time, Roger worked for both the Massachusetts Rehabilitation Commission and the Hampden County Consortium for CETA. He also served�with various other state and local organizations.�Mr. Cote was the recipient of many awards and citations for his work with the handicaped.�He was a member of the Knights of Columbus Council 69; the American Legion Post 353 and a life member of the Disabled American Veterans Chapter 41. Roger leaves to cherish his memory, his wife of twenty � two years, Theresa (Sharron) Cote of Holyoke; his son, Paul Cote of Easthampton; his stepson, Wayne Falardeau of Holyoke; his daughter Linda Cote of Belchertown; his three stepdaughters, Pauline Biscoe of�Agawam, Carol Vasquez of FL�and Claire Pater of Holyoke; his sister Rita Senecal of Roseville, CA and his godchild, Carol Mierly of FL. He will also be sadly missed by several nieces, nephews and many extended family members. Roger was pre-deceased by two stepsons, Edward and Andrew Biscoe and his sister Theresa Rainville. There will be a chapel service on Tuesday, July 1, at 10:00 A.M. at the Massachusetts Veterans Memorial Cemetery on Main St in Agawam. Family and friends are asked to meet at the cemetery. There will be no calling hours. The Brunelle Funeral Home has been entrusted with the arrangements. In lieu of flowers, memorial contributions may be made in Roger�s memory, to Jericho, P.O. Box 1039, Holyoke, MA, 01041-1039. Please visit www.brunellefuneralhome.com for an online guestbook.

The family of Roger M. Cote created this Life Tributes page to make it easy to share your memories.

Send flowers to the Cote family.