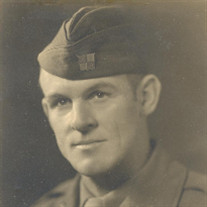 RAYMOND H. LAFLAMME 1913 � 2008 CHICOPEE � Mr. Raymond Hector Laflamme, 95, died at Baystate Medical Center on Thursday, November 20, 2008. He was born in Holyoke on September 4, 1913, a beloved son of the late Adelard and Alphonsine (Schooner) Laflamme. He attended the former Precious Blood Elementary School in Holyoke where he was also a communicant of Precious Blood Parish as well. He proudly served his country in the U.S. Army during WWII serving in the Texas Division 12th Armored 493rd Field Artillery Battalion. He was previously employed at the former Livingston Worsted, Crocker McElwan Paper Co., and Farr Alpaca Co. He retired after twenty seven years of service from the Bridgeport Machinery Co. of Bridgeport, Connecticut. He was a long time Chicopee resident and a communicant of St. Rose de Lima Church, where he was active in church activities and a member of the Holy Name Society. He was the husband of the late Helen Loretta (Petran) Laflamme who died on January 20, 1959. He is survived by the main focus in his life, his beloved son, Paul R. Laflamme of Chicopee. He also leaves many cousins, nieces and nephews. He was predeceased by four brothers, Lucien, Lawrence, Maurice, Ernest, and two sisters, Lena Laflamme, and Rita Laflamme. Relatives and friends are invited to meet on Wednesday, November 26 for a 9am Liturgy of Christian Burial at St. Rose de Lima Church, 600 Grattan St., in the Aldenville section of Chicopee. Burial with military honors will follow in Notre Dame Cemetery in South Hadley. There are no calling hours. In lieu of flowers memorial contributions may be directed to St. Rose de Lima Church. The Brunelle Funeral Home has been entrusted with the arrangements. Please visit www.brunellefuneralhome.com for an online guestbook. Brunelle Funeral Home 532-7711

The family of Raymond Hector Laflamme created this Life Tributes page to make it easy to share your memories.

Send flowers to the Laflamme family.