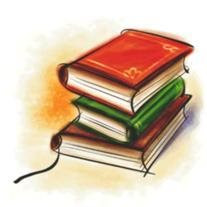 MARIE T. FERREIRA 1927 � 2009 CHICOPEE � Marie �Thelma� (Girard) Ferreira, 81, died on Monday, April 6 at Birch Manor Nursing Home in Chicopee. She was born in Cambridge, MA on August 9, 1927, and came to this area as a child with her parents and attended Holyoke schools. She was previously employed at National Blank Book as a machine operator. Marie was an independent spirit who loved reading and various crafts. She is survived by her son, Henry Funk and his wife Gail of South Hadley, and her daughter, Crystal Demers and her husband Donald of Monson. She also leaves her brother, Lester Girard of Granby. She will be sadly missed by six grandchildren, Daniel, Cheri, Allen, Michael, Kevin, Becky, and eleven grandchildren, nieces Sharon, Lori, Pamela, and nephew, Raymond. The family would like to extend a heartfelt thank you to the staff of Birch Manor for their compassion and care during Marie�s stay. The funeral procession will form on Thursday, April 9 at 9am at the Brunelle Funeral Home, 811 Chicopee St. with a Service of Remembrance at 10am. Burial will follow in Notre Dame Cemetery in South Hadley. Calling hours at the funeral home are on Wednesday, April 8 from 6 � 8pm. In lieu of flowers contributions in Marie�s memory may be directed to Shriners Hospital for Children, 516 Carew St., Springfield, MA 01104.

The family of Marie Thelma Ferreira created this Life Tributes page to make it easy to share your memories.

Send flowers to the Ferreira family.