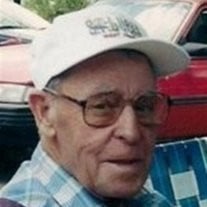 GRANBY- Leonard Turgeon, 94, a Granby resident since 1966 passed away on Friday, June 7, 2013 at Elaine Care and Rehabilitation in Hadley. He was born in Quebec, Canada on July 27, 1918 a son of the late Joseph and Amanda (Carrier) Turgeon and educated in Canada. Leonard was a drywall carpenter by trade and worked for over 60 years as a professional in the area mostly with Jodoin Construction. He enjoyed the simple pleasures in life and believed in working hard to achieve success. He was predeceased by his beloved wife of 67 years Rose Annette (Blais) Turgeon in March 5, 2010. Prior to her passing the couple enjoyed many years of marriage and friendship and loved traveling by cruise ship. Leonard was also predeceased by a daughter, France Roy in 1991; a son, Normand Turgeon in 2011 and by a daughter in law, Nicole Turgeon in 2012. He is survived by four sons, Renald Turgeon and his wife Collette of Belchertown; Rene Turgeon of Holyoke; Michael Turgeon of Chicopee; Rejean �Reggie� Turgeon and his wife Denise of Southwick. He also leaves three daughters, Lisette Jacques and her husband Norbert of ME; Pauline Roy and her husband Laurier of Granby; Sonia Hubbell and her husband Scott of Westfield. Leonard will be missed by his brother, Elinier Turgeon and his wife Simone of Holyoke and by his four sisters, Simone Blais of Canada; Aline Turgeon of Chicopee; Helene Turgeon of Canada; Rhea Brodeur of Canada and 20 grandchildren, 29 great grandchildren and 10 great great grandchildren. Visiting hours will be held on Friday, June 14, 2013 from 4-7PM at Brunelle Funeral Home, 811 Chicopee St., Chicopee 01013. His funeral will begin on Saturday, June 15, 2013 at 8:30AM from the funeral home and be followed by a Liturgy of Christian Burial at 10AM in Immaculate Heart of Mary Church, 256 State St., Granby. The Rite of Committal and Burial will be in St. Rose de Lima Cemetery, Chicopee. If friends desire, memorial donations in Leonard�s name may be made to Griffin's Friends Children's Cancer Fund c/o Baystate Health Foundation, Inc., 280 Chestnut Street, Springfield, MA 01199. Please visit www.brunellefuneralhome.com for more details. You are using an outdated web browser that does not support this video. Your browser does not support this video format. You should be able to view it in Chrome, Safari or Internet Explorer. $(document).ready(function(){ if ( false === supports_h264_baseline_video() ) { $("#vdfmtnt").show(); $("#vidplyr1").hide(); } });

GRANBY- Leonard Turgeon, 94, a Granby resident since 1966 passed away on Friday, June 7, 2013 at Elaine Care and Rehabilitation in Hadley. He was born in Quebec, Canada on July 27, 1918 a son of the late Joseph and Amanda (Carrier) Turgeon and... View Obituary & Service Information

The family of Leonard Turgeon created this Life Tributes page to make it easy to share your memories.

Send flowers to the Turgeon family.