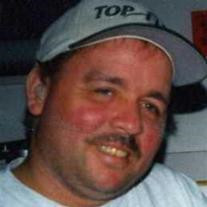 SPRINGFIELD � Kenneth C. Provost, 50, was suddenly taken from this life on Saturday, April 16, 2011 at Baystate Medical Center. He was born in Holyoke on July 6, 1960 to Leona (Martin) Provost of Chicopee and the late Raymond Provost who predeceased him in 2010. Ken attended schools in Chicopee and graduated from Chicopee High School in 1978. He most recently worked at Yankee Candle Company in South Deerfield, MA. Ken truly enjoyed his visits to Lucky Strike Restaurant in Chicopee. Although Ken was an avid Red Sox fan and enjoyed golfing, he found peace in listening to the Christian Music Station Q 99.7. Ken�s pride and joy were his children and loved to spend time with them. Ken leaves on this earth to cherish his memory, his mother, Leona (Martin) Provost of Chicopee; his beloved wife of seventeen years, Joan (Crowley) Provost of Chicopee; his son, Joshua and his daughter Emily both of Chicopee; his mother-in-law, Alma Crowley of Agawam; his brother, Francis Provost and his wife Audrey of Belchertown; his two sisters, Maureen Munson and her husband Donald of Chicopee and Cynthia Feeley and her husband Michael of Chicopee; his sister-in-law, Carmina Provost of Chicopee; his two faithful canine friends, Pooh and Timmy and his four feline friends. He will also be sadly missed by several nieces and nephews. In addition to his father, Ken was also predeceased by his brother James Provost in 1999. A funeral procession will form on Thursday, April 28 at 9:00 a.m. at the Brunelle Funeral Home, 811 Chicopee St. Chicopee. There will be a Service of Remembrance at 10:00 a.m. at the funeral home. Burial will follow the Service in Notre Dame Cemetery in South Hadley. Family and friends will gather on Wednesday, April 27, from 4:00 p.m. to 7:00 p.m. to celebrate Ken�s life. In lieu of flowers, memorial contributions may be made in Ken�s memory to WLCQ 99.7 F.M., 522 Springfield St. Feeding Hills, MA 01030. Please visit www.brunellefuneralhome.com for directions or to share a story with Ken�s family. $(document).ready(function(){ flowplayer("vidplyr1", "/tools/flowplayer/flowplayer-3.1.2.swf", { clip: { autoPlay: false, onStart: function(clip) { stopBGMusic(); } } }); });

SPRINGFIELD &#65533; Kenneth C. Provost, 50, was suddenly taken from this life on Saturday, April 16, 2011 at Baystate Medical Center. He was born in Holyoke on July 6, 1960 to Leona (Martin) Provost of Chicopee and the late Raymond Provost... View Obituary & Service Information

The family of Kenneth C. Provost created this Life Tributes page to make it easy to share your memories.

Send flowers to the Provost family.