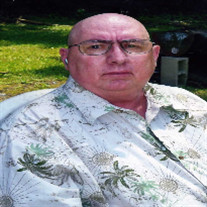 Keith W. Lynch 1950 � 2009 CHICOPEE � Keith W. Lynch, 58, died on Thursday, August 13, 2009 at Mercy Medical Center in Springfield. He was born in Holyoke on September 28, 1950 to the late William P. and Eva A. (Demers) Lynch. Keith attended schools in Chicopee and worked for Atlas Copco in Holyoke for fifteen years. He was a longtime platelet donor at the American Red Cross in Springfield. He loved spending time with his grandchildren especially on Saturday mornings for breakfast. He also enjoyed being on his computer, emailing his friends around the world. Keith leaves to cherish his memory, his wife of thirty-six years, Janet L. (Powers) of Chicopee; his two sons, Shawn P. and Nicholas G. Lynch both of Chicopee; his two daughters, Amy L. and Susan A. Lynch both of Chicopee; his brother, Kevin L. Lynch of West Springfield; his sister Kathy A. Lynch of Ludlow; his beloved six grandchildren, Timothy, Jannine, Elisa, Eva, Zackary and Elena. He will also be sadly missed by several nieces, nephews and many extended family members. A funeral procession will form on Wednesday, August 19, 2009 at 8:45 a.m. at the Brunelle Funeral Home, 811 Chicopee St, Chicopee. There will be a Service of Remembrance at 10:00 a.m. at the funeral home. Burial will follow in St. Patrick�s Cemetery in Chicopee. Calling hours will be on Tuesday, August 18, from 4:00 p.m. to 8:00 p.m. at the funeral home. Memorial contributions, may be made in Keith�s memory, to the American Red Cross Pioneer Valley, 506 Cottage St., Springfield, MA, 01104.

The family of Keith W. Lynch created this Life Tributes page to make it easy to share your memories.

Send flowers to the Lynch family.