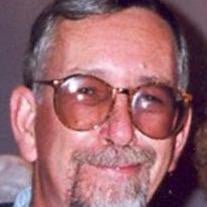 John Edward Dooley CHICOPEE- John E. Dooley, 63, passed away Friday, October 7, 2011,at Holyoke Hospital. John was born April 5, 1948, in Hartford, CT. A Son of the late Rosemary and Edward Dooley. John Graduated from UMASS with a BA in Communication. He served in the USA Army during the Vietnam War and was stationed at Valley Forge General Hospital in Phoenixville, PA. In 2007, John retired from the US Post Office in Holyoke after 29 years of dedicated service as a Mail Carrier. John was also employed by Leed, Northampton VA center and the American Red Cross. He was a member of the American Legion Post 438. John leaves his loving wife Dianne (Moriarty) (Fenner) Dooley, he also leaves, his loving daughter Michelle Terry and her husband Cee Cee of South Hadley, his step-children, Rachel Kimball and her husband Morgan of Belchertown and Roy Fenner, Jr. of Chicopee, He also leaves his granddaughter Casey Terry of South Hadley and other grandchildren Roy, Rebecca and Renee of Florida, Paige, Morgan and Madison of Belchertown, also his brother Christopher and sister Mary both of New Hampshire. Visiting hours will be held on Tuesday, October 11, 2011 from 4-7 PM at Brunelle Funeral Home, 811 Chicopee St., Chicopee, MA 01013. The funeral ceremony will begin at 11Am on Wednesday, October 12, 2011 at Brunelle Funeral Home. Burial with Military Honors will follow in Mass. Veterans� Memorial Cemetery, Agawam.

The family of John Edward Dooley created this Life Tributes page to make it easy to share your memories.

Send flowers to the Dooley family.