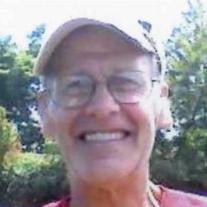 Jeffrey Burns 1951 � 2010 WESTFIELD � Jeffrey �Burnsie� Burns, 59, died Thursday, December 2, 2010 at home surrounded by his loving family. He was born in Northampton on October 19, 1951 to Muriel (Blackmer) of Easthampton and the late Warren Burns. Jeff attended schools in Amherst and graduated from Amherst Regional High School in 1970. Mr. Burns served our country in the United States Air Force during the Vietnam Era. Jeff worked for Conrail and Sunoco Paper Products and more recently Wonder Bread where he retired in 2010. Burnsie was an avid fisherman and hunter and just loved being outdoors with mother nature. In addition to his mother, Muriel, Jeff will be sadly missed by his wife of thirty-five years, Renee A. (Clark) of Westfield; his son Wade J. Burns of Westfield; his two daughters, Brenda L. Lanoue and her fianc�, Nicholas Monette of Chicopee and Melissa A. Burns of Westfield; his brother, Randall Burns of�North Adams, MA; his two sisters, Dawn Basara of Belchertown and Mary Bryant of Maine; his four grandchildren, Tye, Chase, Dylan and Brayden. Burnsie also leaves to cherish his memory, several nieces, nephews and many extended family members. Calling hours will be at the Brunelle Funeral Home, 811 Chicopee St. Chicopee, MA, on Wednesday, December 8, 2010 from 4:00 p.m. to 7:00 p.m. with a Service of Remembrance at 6:30 p.m. Burial will be private and at the convenience of the family. In lieu of flowers, memorial contributions may be made in Jeff�s memory, to the American Cancer Society, 30 Speen St. Framingham, MA 01701. You are using an outdated web browser that does not support this video. Your browser does not support this video format. You should be able to view it in Chrome, Safari or Internet Explorer. $(document).ready(function(){ if ( false === supports_h264_baseline_video() ) { $("#vdfmtnt").show(); $("#vidplyr1").hide(); } });

The family of Jeffrey Burns created this Life Tributes page to make it easy to share your memories.

Send flowers to the Burns family.