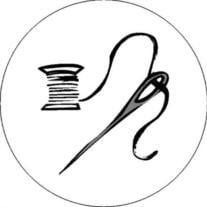 Jeanne Y. Viens 1934 � 2009 Chicopee � Jeanne Y. (Blanchard) Viens, 74, a lifelong Chicopee resident, died at home surrounded by her beloved family on Wednesday,�July 1, 2009. She was born in Chicopee on October 18, 1934, a daughter of the late Cyril and Georgianna (Demers) Blanchard. She attended local schools and was a graduate of Cathedral High School Class of 1952 and a 1975 graduate of Holyoke Community College, receiving an Associates of Science Degree in Accounting. She was previously employed as an accountant at the former New England Recruiters for many years. She was a volunteer for the Massachusetts Association of the Blind and the Better Breathers Support Group at Mercy Medical Center. Jeanne loved needlework, reading, cooking, and any kind of games. She is survived by her beloved husband of fifty five years, Ronald W. Viens, her son, R. Peter Viens and his fianc�e Patty Dickinson of Washington, two daughters, Jackie Sullivan of West Springfield and Chicopee, and Nadine Viens of Chicopee. She also leaves three brothers, Maurice Blanchard, of Chicopee, Ernest Blanchard of St. Petersburg, Florida, and Louis �Mickey� Blanchard of Mechanicsville, Pennsylvania, three sisters, Olive Duval of Southampton, Lillian Demers and Joyce Blanchard, both of Chicopee. She was the best grandmother ever and will be sadly missed by three grandchildren, Chelsea Viens and her fianc� Hipolito Ramos, Jr, Jillian Czerniawski, Cody Viens, and great granddaughter, Kiera Jade Ramos, and many nieces and nephews. She was predeceased by two brothers, Richard Blanchard, and Gerard Blanchard and her sister, Cecile Oakland. The family would like to thank the Baystate VNA and Hospice Nurses and the staff of Lincare for their support during Jeanne�s illness. Calling hours for Jeanne are on Monday July 6 from 4 -7pm at the Brunelle Funeral Home, 811 Chicopee St. Burial will be at the convenience of the family. In lieu of flowers contributions in memory of Jeanne may be directed to Lorraine�s Soup Kitchen, 35 Center St., Chicopee, MA 01013 or St. Jude Children�s Research Hospital, 501 St. Jude Place, Memphis, TN 38105.

The family of Jeanne Y. Viens created this Life Tributes page to make it easy to share your memories.

Send flowers to the Viens family.