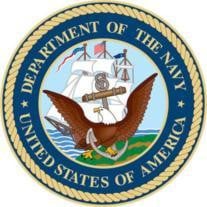 Henry S. Pogodzinski 1921 � 2009 HOLYOKE � Henry S. Pogodzinski Sr., 88, died Monday, June 15, 2009 at the Soldiers� Home in Holyoke. He was born in Easthampton on January 19, 1921 to the late John and Sophie (Wronski) Pogodzinski. Henry attended schools in Easthampton and was a resident of that town until he married, at age 21. He served our country during WWII in the United States Navy where he earned the American Area Medal and the WWII Victory Medal. Henry worked as a train conductor for the B&M Railroad from 1948 until his retirement in 1981. He also worked as a part time Funeral Assistant for the Brunelle Funeral Home for a number of years. Henry was a longtime parishioner of St. Anthony of Padua Church in Chicopee, he was also a member of the Pulaski Social Club, the American Legion Post 351 and the United Transportation Union. Henry was predeceased by his loving wife, Josephine A. Panek in 2003 after sixty years of marriage. He leaves to cherish his memory, his son, Henry S. Pogodzinski Jr. and his wife Patricia of Lancaster, N.Y.; his two daughters, Susan P. LaBelle of Hull, MA and Nancy A. Russo and her husband Larry of Jackson Heights, N.Y.; his brother, Edward Pogodzinski of FL; his sister-in-law, Mary Niedzielski and her husband Joseph; his four grandchildren, David and Mark Pogodzinski of N.Y., Paul LaBelle of CA and Katherine Russo of N.Y.; his two great-grandchildren, Kevin and Anna and his very special friend Theresa Sherman and her husband Gilbert of Chicopee. A funeral procession will form at 8:45 a.m. on Friday, June 19 at the Brunelle Funeral Home, 811 Chicopee St, Chicopee. There will be a Liturgy of Christian Burial at 10:00 a.m. at St. Anthony of Padua Church in Chicopee. Burial will follow in Mater Dolorosa Cemetery in South Hadley. Calling hours will be Thursday, June 18 from 4:00 to 7:00 p.m. at the funeral home. In lieu of flowers, memorial contributions may be made in Henry�s memory, to the Polish Center of Discovery and Learning, College of Our Lady of the Elms, 291 Springfield St., Chicopee, MA, 01013.

The family of Henry S. Pogodzinski, Sr. created this Life Tributes page to make it easy to share your memories.

Send flowers to the Pogodzinski, family.