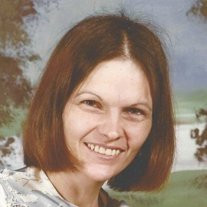 CHICOPEE- Gloria Jean Ilnicki, 63, passed away on Sunday, August 4, 2013 after a courageous battle with cancer and celebrating her birthday with her family. She was born in Holyoke on August 7, 1949 a daughter of the late Lionel and Mary (Furtek) Turcotte and was a 1967 graduate of Granby High School. Gloria worked for 13 years as a comptroller for SIS Bank in the Springfield Headquarters. She later began working at the Military Entrance Processing Service/MEPS in Springfield where she retired after 18 years of dedicated service in March of 2012. Gloria was a member of the USO for over ten years and a lifetime member of the Smithsonian American Indian Association. To say she was an avid reader would be an understatement as she always had a new book under her nose, especially sci-fi, horror and suspense and all the popular series books. She loved camping with her family and enjoyed listening to Bill O�Reilly, Glen Beck and classic rock music. Gloria is survived by her son, US Army MSG John A. Ilnicki of Chicopee and her grandson Andrew J. Ilnicki of Westfield; her sister and caregiver, Gayle Gould and her husband Thomas of Chicopee; her brother, Gary Turcotte of Chicopee; her nephews, US Army SSG James Gould and his wife Lucia and their children Christopher and Jasmine Gould of Oceanside, CA; David Gould of Chicopee; US Air Force SSGT Kevin Gould and his wife Danielle Gould and their daughter Alexa Gould of Palmer. Gloria will be missed by her many friends, colleagues and volunteer families. Visiting hours will be held on Thursday, August 8, 2013 from 4-7PM at Brunelle Funeral Home, 811 Chicopee St., Chicopee, MA 01013. Her funeral will begin on Friday at 8:30AM from the funeral home and be followed by a Liturgy of Christian Burial at 9:30AM in St. Rose de Lima Church, 600 Grattan St., Chicopee. The Rite of Committal and Burial will be in St. Rose de Lima Cemetery. If friends desire memorial donations in Gloria�s name can be made to the Shriners Hospital, 516 Carew St., Spfld, MA 01104 or to Wounded Warrior Project, PO Box 758517, Topeka, KS 66675. Please visit www.brunellefuneralhome.com for more details.

CHICOPEE- Gloria Jean Ilnicki, 63, passed away on Sunday, August 4, 2013 after a courageous battle with cancer and celebrating her birthday with her family. She was born in Holyoke on August 7, 1949 a daughter of the late Lionel and Mary (Furtek)... View Obituary & Service Information

The family of Gloria Jean Ilnicki created this Life Tributes page to make it easy to share your memories.

Send flowers to the Ilnicki family.