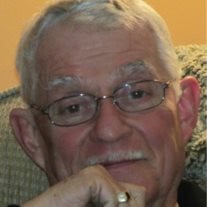 CHICOPEE- George R. Moreau, 81, an honorable 30-year Chicopee City Councilor, faithful Chicopee resident and dedicated family man passed away on Sunday, April 3, 2016 in Falls Church, VA. George leaves his beloved wife of over 55 years, Dorothy (Bernashe) Moreau. George was committed to the betterment of Chicopee and devoted his life to serving the community in various capacities. He served as the City Council President for two terms in addition to his longstanding service to the city as a Ward Councilor. He also was a 4th Degree member of was the Knights of Columbus Council # 4044, member of the Holyoke Lodge of Elks #902, Parish Council president, member and past chairman of the Finance Committee at St. Anthony of Padua Church, member of the Pro Life Committee of Pioneer Valley, member of the Advisory Board of the New Pope Francis Catholic High School and member of the Equestrian Order of the Holy Sepulcher along with his wife. George also served honorably in the US Army during the Korean War and started his political career as a Chicopee school committee member. He was employed at Westvaco in Springfield for over 27 years where he worked as a manager after graduating from Western New England College with a degree in business. In addition to his wife, George also leaves behind three children, Brad Moreau and his husband Peter Sygnator of Longmeadow; Joy Piquette and her husband Bruce of South Hadley and Angela Moreau and her wife Sandy of Chicopee. Gramps will be missed by his four grandchildren, Ryan, Andrew and Evan Piquette and Chelsea Moreau as well as by three brothers and a sister. His work and dedication will forever be remembered by all of his colleagues, friends and the citizens of the �Great City of Chicopee�. Life celebration hours will be held at Brunelle Funeral Home, 811 Chicopee St., Chicopee, MA 01013 on Friday, April 8, 2016 from 4-7PM. His funeral service will begin on Saturday, April 9, 2016 at 9AM from Brunelle�s and be followed by a Liturgy of Christian Burial at 10:30AM in St. Anthony of Padua Church, 56 St. Anthony St., Chicopee. The Rite of Committal and Burial with military honor will be private on Monday. Please visit www.brunellefuneralhome.com for more details.

The family of George R. Moreau created this Life Tributes page to make it easy to share your memories.

Send flowers to the Moreau family.