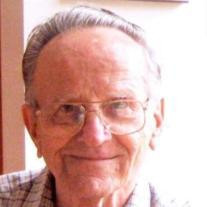 Frederick Hajec 1930 � 2010 Chicopee � Frederick �Fred� Hajec, 80, passed away at home suddenly on Sunday, May 2. He was a lifelong Chicopee resident, born on February 23, 1930, a son of the late Frank and Stella Hajec. He attended local schools and was a graduate of Chicopee High School class of 1949. He retired after many years of service in research and development from Eastern Etching. Fred was an avid outdoorsman who enjoyed hunting and was a member of the Chicopee Sportsman�s Club. He is survived by his beloved wife of fifty seven years, Bertha (Goodspeed) Hajec, one son, David Hajec of Chicopee, two daughters, Laurel Hajec of Bolton, MA, and Bonnie Roux and her husband Michael of Chicopee. He also leaves two sisters, Cecelia Jeanotte of Granby, and Dolores Wegrzyn of Chicopee. He will be sadly missed by four grandchildren, Kyle Hajec, Nicholas Roux, Samantha Roux, Alexandra Roux, his hunting buddy and nephew Robert Kemple of South Hadley and many nieces and nephews. He was predeceased by his brother, Edward Hajec during WWII, and four sisters, Sally Drobot, Helen Los, Josephine Strazek, and Genevieve Olko. The funeral procession will form on Thursday, May 6 at 9am at the Brunelle Funeral Home, 811 Chicopee St, followed by a Service of Remembrance at 10am. Burial will follow in Fairview Cemetery. Calling hours at the funeral home are on Wednesday, May 5 from 4 � 7pm. You are using an outdated web browser that does not support this video. Your browser does not support this video format. You should be able to view it in Chrome, Safari or Internet Explorer. $(document).ready(function(){ if ( false === supports_h264_baseline_video() ) { $("#vdfmtnt").show(); $("#vidplyr1").hide(); } });

The family of Frederick Hajec created this Life Tributes page to make it easy to share your memories.

Send flowers to the Hajec family.