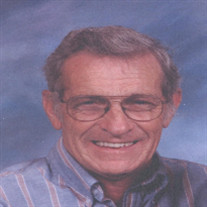 Elmer E. Bashaw 1941 � 2010 Chicopee � Elmer E. Bashaw, 68, died on Monday, February 22 at the Holyoke Medical Center. He was born in St. Albans, Vermont on March 22, 1941, a son of the late Louis and Nora (Lawson) Bashaw. He attended schools in New Hampshire and was a fifty six year Chicopee resident and former twelve year Florida resident. He was a construction laborer for Union Local 596 of Holyoke and former sub contractor for Walt Disney World for twelve years. Elmer was a former member of the Shriners Melha Temple in Springfield. He loved to tinker, repair, build things, and was always willing to lend a helping hand and making people happy. He was the husband of the late Ruth (Courchesne) Bashaw who died on January 27, 2006. He is survived by his three beloved sons, Alan and his wife Sondra Vargo of Florida, Richard of Chicopee, and Michael and his wife Nanette of Ludlow. He also leaves one brother, Carl Bashaw of Orange, MA, and will be sadly missed by three grandchildren, Jessica Bashaw, Marck Bashaw, Deanna Lachapelle, and many nieces and nephews. He was predeceased by one brother, Louis Bechard. Funeral services are on Saturday, February 27 at 8:45am from the Brunelle Funeral Home, 811 Chicopee St. in the Willimansett section of Chicopee, followed by a Celebration of Life service at 10am at LifePoint Church, 603 New Ludlow Rd. in Chicopee. Burial will follow in Fairview Cemetery. Calling hours at the funeral home are on Friday, February 26 from 4 � 8pm. In lieu of flowers memorial contributions may be directed to Shriners Hospital for Children, 516 Carew St., Springfield, MA 01104. Please visit www.brunellefuneralhome.com for directions and an online guestbook. Brunelle Funeral Home 532-7711

The family of Elmer E. Bashaw created this Life Tributes page to make it easy to share your memories.

Send flowers to the Bashaw family.