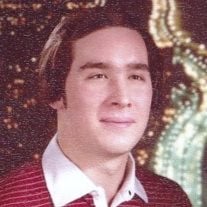 SPRINGFIELD- Don J. LaCau, Jr., 53, passed away suddenly at Baystate Medical Center on Friday, May 16, 2014. He was born in Chicopee on February 28, 1961 the son of Donald LaCau Sr. and Joyce (Gomez) Grycel. He was a 1979 graduate of Chicopee High School. Don was an avid bowler since he was 7 years old. He had a 298 game and a high series of 734, one of the 23 700�s he shot in his 46 year bowling career. He was a 9-time champion of Channel 40�s �Lets Go Bowling� television show. He was the publisher of the Bowling News & Entertainment Review Newspaper, and a bowling reporter for the Channel 22 Sports Report program. Don worked at several area bowling centers before settling at his beloved Community Feed Store in East Longmeadow for more than 20 years. He was a member of St. Anthony�s Church in Chicopee. He is survived by his beloved wife of 28 years Laura (Markuson) of Springfield; his son, Joseph of Chicopee; his mother, Joyce Grycel of Chicopee; his sister, Brenda Taylor of, San Antonio, TX; his uncle Ron Grycel of Chicopee; several nieces, nephews, cousins and in laws. Visiting hours will be held on Thursday, May 22, 2014 from 4-7PM at Brunelle Funeral Home, 811 Chicopee St., Chicopee, MA 01013. His funeral will begin at 8:30AM on Friday, May 23, 2014 from Brunelle�s and followed by a Liturgy of Christian Burial at 9:30AM in St. Anthony of Padua Church. The Rite of Committal and Burial will be in St. Stanislaus Cemetery, Montgomery St., Chicopee. In lieu of flowers memorial donations in Donald�s name can be made to Dakin Humane Society, PO Box 6307, Spfld, MA 01101. Please visit www.brunellefuneralhome.com for more details.

SPRINGFIELD- Don J. LaCau, Jr., 53, passed away suddenly at Baystate Medical Center on Friday, May 16, 2014. He was born in Chicopee on February 28, 1961 the son of Donald LaCau Sr. and Joyce (Gomez) Grycel. He was a 1979 graduate of Chicopee... View Obituary & Service Information

The family of Don J. LaCau Jr. created this Life Tributes page to make it easy to share your memories.

Send flowers to the LaCau family.